Those who follow a vegan diet reduce their food intake to plant-based products. It does not matter whether the reasons for a vegan diet are ethical concerns or the goal of a conscious diet. The fact is that a vegan diet always poses a particular challenge.

After all, animal products consist primarily of protein. We will show you how to optimally cover your protein requirements without animal-based foods and name some foods containing vegan proteins.

A protein-rich diet does not always have to be animal-based. There are enough vegetable protein sources with which you can cover your needs very well. A high protein intake is essential, especially for athletes.

Athletes often still use animal proteins such as eggs, meat, or whey protein shakes. However, there are more and more weight loss vegan protein shakes on the market that does not contain whey concentrate. But even without protein shakes, you can make sure you eat plant-based protein.

Difference between plant and animal protein

Animal proteins are more like human proteins. The biological value can determine how well proteins can be utilized in our bodies. However, this does not mean that plant-based protein is bad for the human body.

As soon as several vegetable protein proteins are combined, a similarly high biological value as a whey protein can be achieved.

Are you looking for ideal support in the form of a protein shake that will help you build muscle? It is not uncommon to hear the rumor that vegans constantly suffer from a protein deficiency because they eat neither meat nor dairy products. After all, it would help if you had protein to build muscle.

Many vegan protein sources include soy, nuts, quinoa, and seitan. With the proper diet, vegans do not have to suffer from a lack of protein. But are the plant-based protein sources sufficient to build muscle properly?

To answer the question exactly, one must first know what the sporting demands of vegans are. If you want to build many muscles, you cannot avoid a supply of proteins. Vegans should therefore look around for a suitable vegan protein powder to cover their protein needs and build muscle properly.

Vegan protein shakes are available in all flavors. The shakes are the easiest way to cover the daily protein requirement and typical food. But vegan protein shakes help build muscle, but they can also satisfy cravings, are considered a low-calorie snack, or serve as a popular way to lose weight.

Diets with protein powder are becoming more and more popular because protein supplements boost the metabolism and ensure that you lose weight quickly and effectively. At the same time, a vegan protein shake provides that muscles are built up when you gain weight.

With a vegan protein shake, you can save a lot of calories and reduce the feeling of satiety.

In addition, vegan proteins contain much less or no fat, so they are very suitable for use in diets. Vegan protein is also easy on the arteries and heart because it has no cholesterol. It also contains valuable dietary fiber, which stimulates digestion.

People with lactose intolerance can also use vegan protein.

Vegan protein is essential, especially for athletes. Whether vegan protein shake, protein-rich snacks, or other high-quality plant-based protein sources, as long as you supply your body with enough protein in the long term, you will quickly see your first training successes.

Also, make sure you have a regular supply of protein between meals to do your muscular regeneration a favor.

LOSE WEIGHT WITHOUT FEELING HUNGRY – IT IS THAT EASY!

LOSE WEIGHT WITHOUT FEELING HUNGRY – IT IS THAT EASY!

TIPS & TRICKS  FOR A RELAXING MASSAGE

A good massage can relieve tension and provide a little relaxation when you need to ...
By Peter High
March 28, 2022 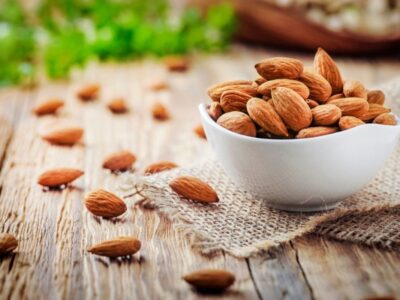 Almonds are both a popular baking ingredient and a delicious snack. They come from the ...
By Peter High
March 17, 2022

THESE CLOTHES NEVER GO OUT OF STYLE

COMPLICATIONS OF PREGNANCY AND BABY HAPPINESS